The city seen from the Queensboro Bridge is always the city seen for the first time, in its first wild promise of all the mystery and beauty in the world.

Gerard and I have been in New York now for almost three weeks and in that time, we’ve seen the city from many different angles. We’ve seen its unique and fantastic skyline from the water when we took the Circle Line Cruise all the way around Manhattan, and when we strolled along the promenade at Brooklyn Heights; we’ve seen it from way up high when we took the lift to the 86th floor in the Empire State Building and when we crossed the Brooklyn and Manhattan Bridges; we’ve also seen it from down below, every time we descend into the grimy but fascinating underworld of the subway; and, every day, when we leave the studio and head out on a new adventure, we see it directly from street level, from the midst of heavily congested footpaths as well as from clear, wide, tree-lined avenues. 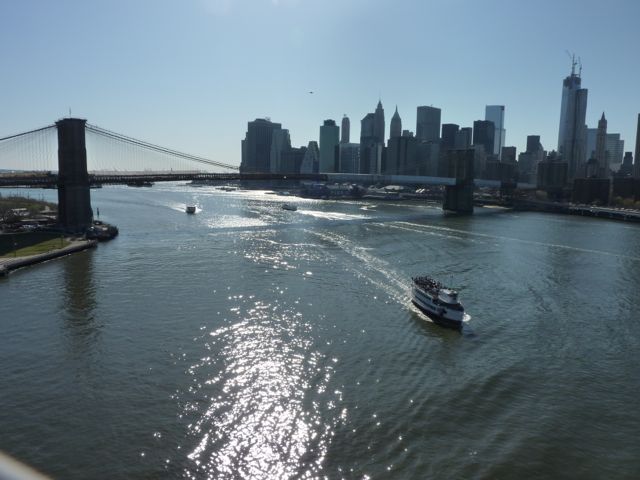 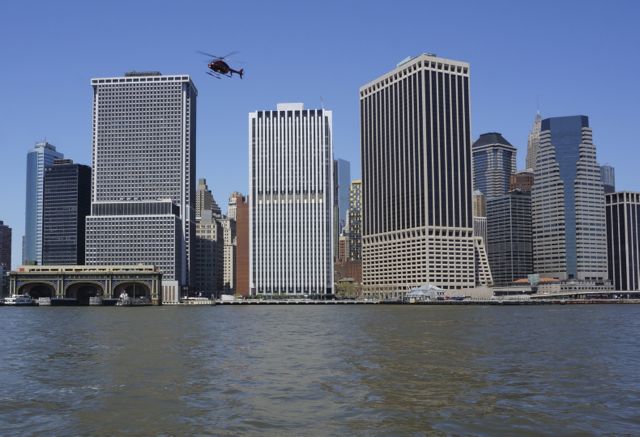 Outside the Apple Store on 5th Avenue, the most visited place in Manhattan! Yes, more visited than the Empire State!

The most wonderful thing about New York right now is the flowers. The trees are covered in blossoms and the streets, especially the streets uptown, are blooming with hundreds of gorgeous tulips and bulbs in all kind of wonderful colours. Even the Lenox Hospital on East 77th has beautiful decorative window boxes. There are stretches of daffodils and jonquils in Central Park, cherry and ornamental blossoms along most streets, and garden boxes around many trees. It really feels like the city is showing off its Sunday best. 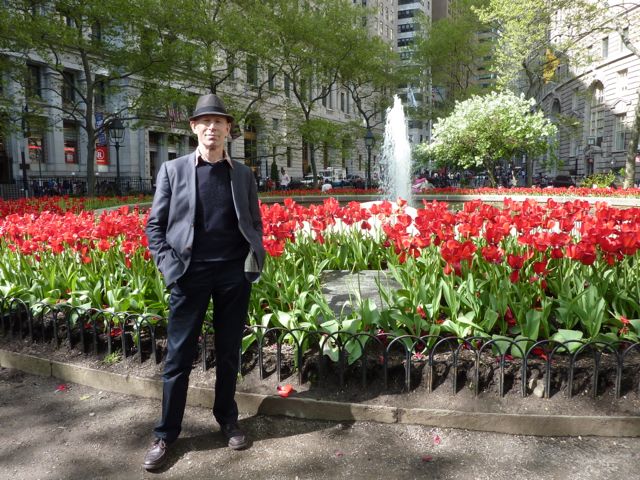 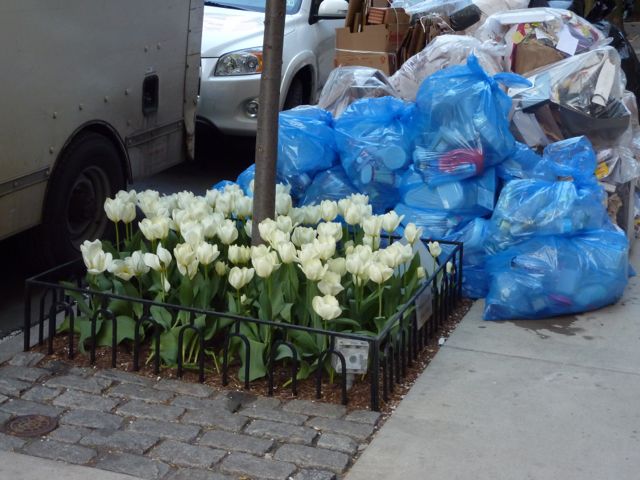 Blossom trees from inside MOMA (The Museum of Modern Art)

Art and blossoms in Union Square 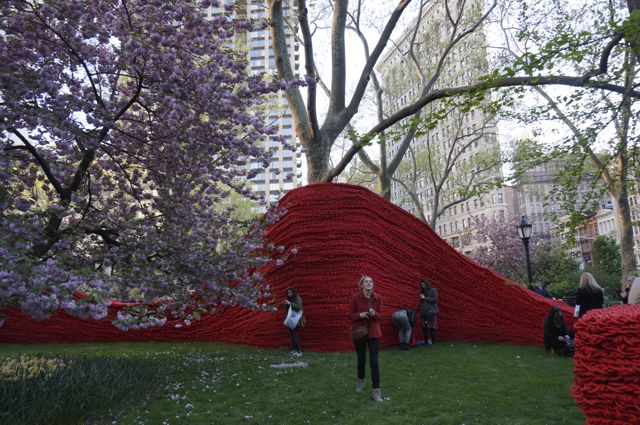 The architecture is wonderfully varied and sometimes jaw-droppingly stunning. That includes the skyscrapers that dominate the skyline, the elegant brownstones, the beautiful apartment blocks with their doormen lurking near the entrance ways, and the superb, ostentatious single houses that appear in the midst of all the high-rises. The styles range from Gothic, Deco, Tudor Revival and Victorian to modern and postmodern. Here, in Soho, the fabulous cast iron fronted buildings are adorned with elaborate neo-classical Corinthian columns. In amongst everything there are also ugly, nasty buildings that don’t have any style at all but survive in spite of themselves. And on the rooftops across much of the city, sometimes amongst wonderful gardens, there are hundreds of seemingly ancient but functioning wooden water towers.

China Town from the Manhattan bridge

The streets in New York are noisy, crowded, often grimy, uneven underfoot, and mostly difficult to negotiate.  There are tourists everywhere – every second person seems to be speaking French, Dutch or Russian – and the traffic is almost permanently congested. You constantly have to watch where you’re going and if you are unsure of your destination or location, you have to move away from the endless stream of pedestrians and find a quiet pocket away from the crowds to consult your phone or guidebook.

And then there are the dogs. Big dogs, little dogs and medium sized dogs. Dogs that fit inside your handbag in the subway, dogs dressed in sneakers and beanies and funny jackets, and dogs that just lie down in the middle of the footpath and refuse to move any further. Almost every park has a dog exercise area, often segregated into two – one for the small dogs, another for the big ones. I love the dogs! But, I also love the squirrels! The squirrels live in all the parks and squares and many are extremely bold and will come right up to you, tiny paws outstretched and hopeful. I don’t think you are supposed to feed them, but I carry two cashew nuts in my pocket whenever we go out, just in case.

Dogs waiting to be walked

Dog exercise area in one of the parks

This dog decided to have a rest at the traffic lights 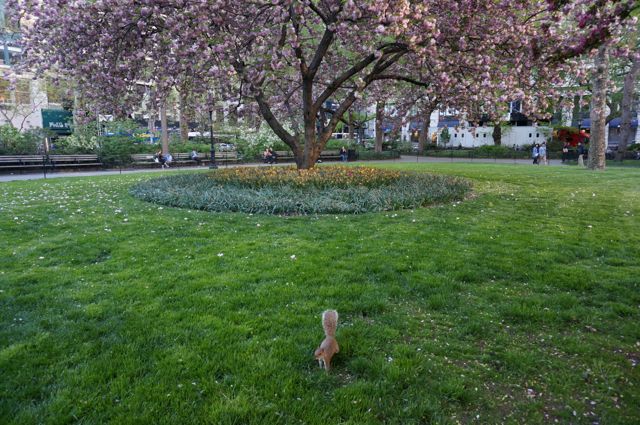 I love the squirrels

People here are generally friendly, kind and polite, but they can also be rude and aloof. Service in restaurants and shops is mostly of an exceptionally high standard. Service from subway staff is erratically helpful. On the street you see all walks of life and lifestyles represented – rich, poor, eccentric, dull, glamorous, plain. There are beggars in the subway, buskers in the parks and celebrities hidden amongst everyone. I am sure it was Hugh Jackman I saw in Spring Street about 10 days ago and I definitely saw Blythe Duth from the Scottish tv series, Taggart, on 5th Avenue on our first day (but then she’s not a native New Yorker, so I’m not sure if she counts). We also stood outside what was Gregory Peck’s House at Brooklyn Heights. (Gregory Peck was my mother’s favourite actor, and is perhaps best known for starring in the 1950s version of Harper Lee’s To Kill a Mockingbird.) And on Houston Street, just a few days ago, we lingered with a group of Paparazzi and members of the public as they waited for someone to emerge from a building. When we asked the crowd who they were waiting for, no-one knew – and the Paparazzi were sworn to secrecy. I was tempted to wait and find out, but we were carrying heavy bags of groceries. 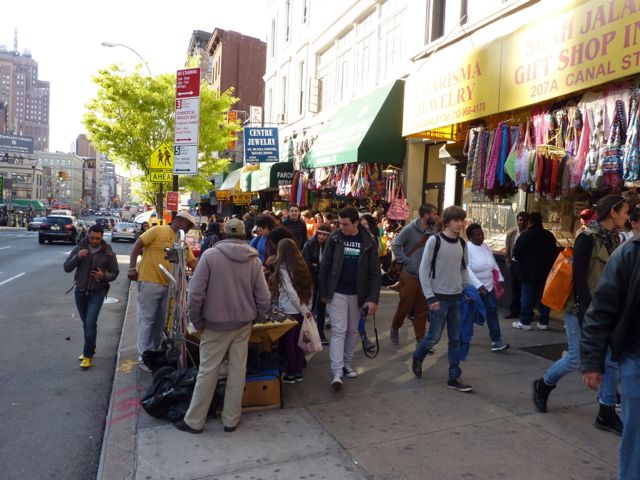 Busking in the subway 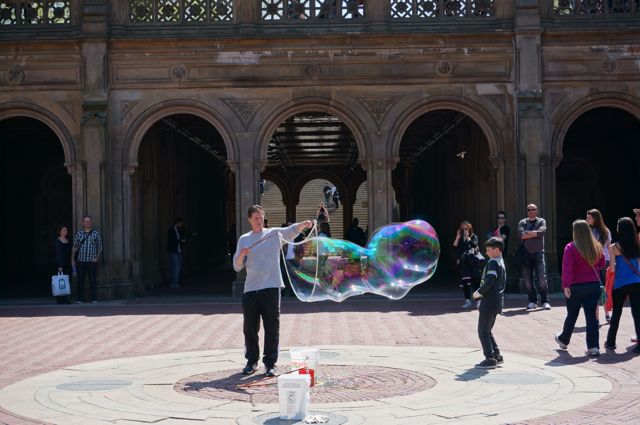 Giving out advice for 25 cents in Union Square 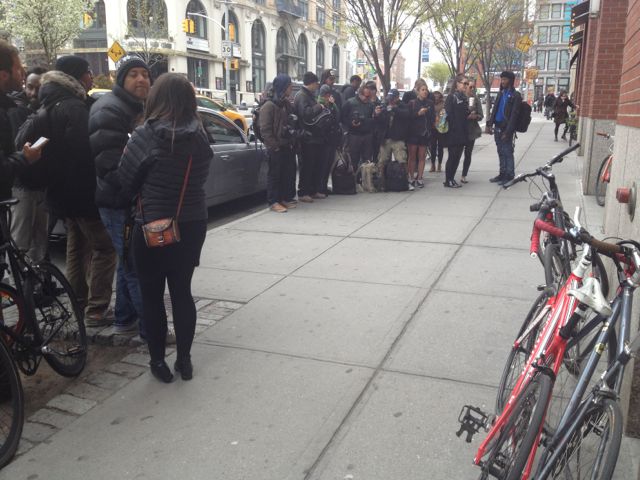 Waiting for an unknown celebrity on Houston Street 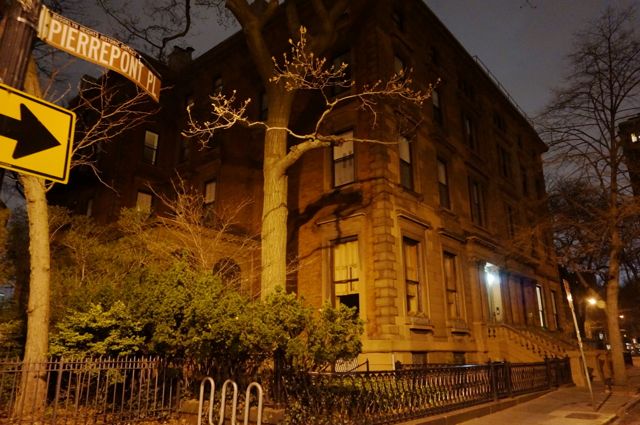 People say this is a hard city, but hard as it is, it’s simultaneously utterly compelling and utterly infectious, probably because it’s so utterly self-contained. You can find and do and buy and experience anything and everything here. John Updike said “The true New Yorker secretly believes that people living anywhere else have to be, in some sense, kidding.” 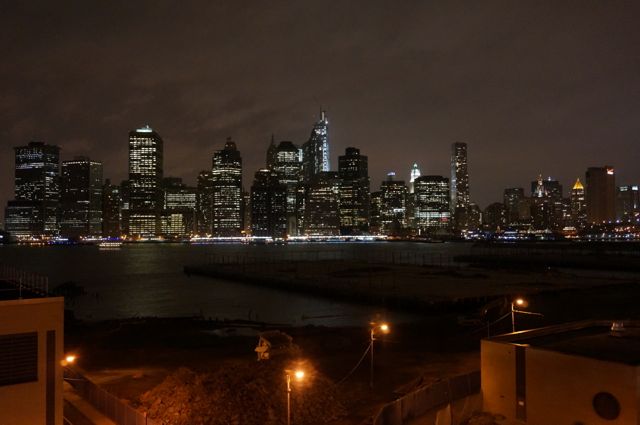